In conversation with Michael Corris, on the Mal Pope show on BBC Radio Wales, Yvonne Buchheim described how her ongoing project Song Archive started out as an investigation of 18th century philosopher Johann Herder’s theory, that the cultural peculiarities of a people are reflected in song and singing. Her interest has taken her to America, the UK, France, Germany, and Iran. During the project, she has discovered that globalisation and growth of pop culture have changed how a culture’s individuality can be discerned, and that these days a certain people, culture or place is not so individual, as marked through song and singing, as it might have been in the past.

Song for Newtown is the latest addition to Buchheim’s Song Archive. She recently worked for two months as artist-in-residence at Oriel Davies Gallery, in mid Wales exploring the connections between song and identity, and singing as means of expression and engagement. The residency involved the recording of numerous individuals who were asked for spontaneous performances of a song of their choice. The resulting songs range from pop and rock standards to musicals, traditional folk and improvisation. What is important to Buchheim in her project is not only the singing and what is sung, however, but also the process of her video recording: it is as much the individuality of performance, how each participant behaves in front of the lens, that she wants to celebrate, as it is her attempt to capture the culture of a place through amassing a collection of songs. The camera records raw acts of self-assuredness, embarrassment, dignity, skill, enjoyment, solidarity, and vulnerability.
The build up of trust between Yvonne and her performers is clear, as Rob Lowe of Public Art Wales, part-funders of the project, says in the catalogue, ‘the resulting exhibition Song for Newtown at Oriel Davies is a snapshot of an exchange, a complex relationship between Yvonne, Yvonne’s camera, and the people of Newtown.’

During the residency, Buchheim worked together with members of a Welsh Choir, Parti Cut Lloi, who in the exhibition present a formidable reminder of the preconceived tradition of singing in Wales. Buchheim also explored people’s relationships with songs in a broader context, setting up a stall at Newtown’s indoor market, exchanging slices of cake for completed questionnaires about singing. Snippets of the comments were then used to create a composition I took my song to market in collaboration with local composer Iris Gordijn, and the Vox Orbis choir.

Corris suggested in the interview with Buchheim, that karaoke culture has taken over from the past Welsh chapel-singing tradition. This project reflects more of the complete picture, however, one of a small town embracing both the past and present, and a welcoming celebration of local, national, and international culture. What is clear is that, while historical and contemporary distinctions of a place shift, in mid Wales, as in many places and cultures, singing still remains just as integral, just as illuminating. Buchheim’s next stop is the Butler Gallery, in Kilkenny. 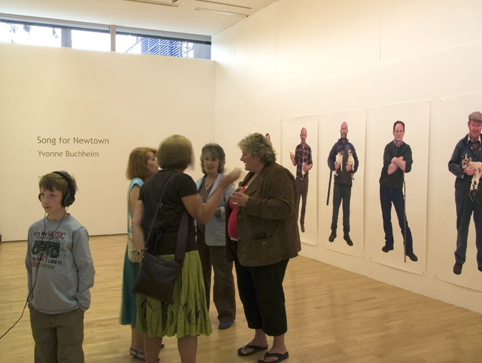 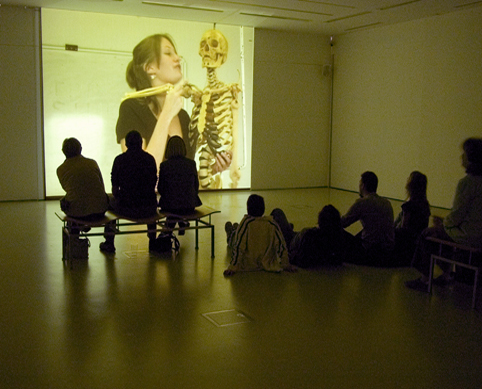 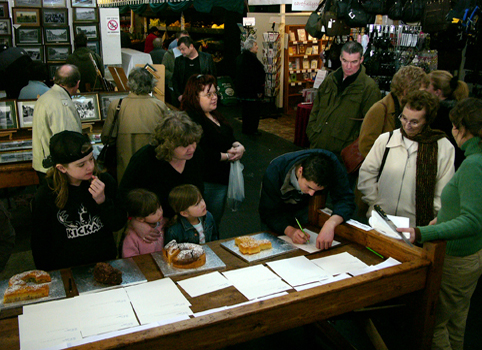